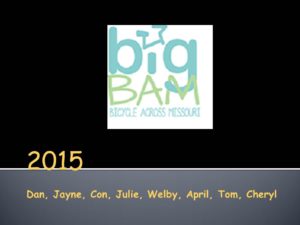 This was our fir 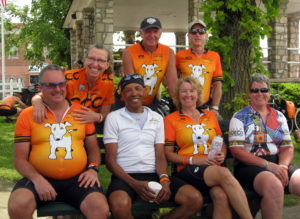 st official ‘Mad Dogs” ride in a few years.  As always, we had a great time together, but it was one of the weirder rides we have done. The first day was a short 42-mile ride but very hot and very hilly. We were all exhausted. Tuesday’s ride was about 67 miles and was also very hilly, but the temps were much better. Wednesday’s 82-miler was a long day but a lot of fun (still too many hills!). Thursday was 52 miles including the 10-mile detour because of flooded roads. And Friday, well Friday’s scheduled 81-mile ride never happened because of numerous flooded roads and ongoing thunder storms. One might say we were rescued from the rain by a bunch of school buses and transported back to our cars. Oh, and did I mention we were sent into a shelter one night because of a tornado warning? And delayed an hour or so another morning because of severe thunder storms? Not sure how we had such a good time with all those “special events” but we did! And special thanks go to Steve and Julie for hosting us before and after the ride. Thanks for all the snacks, food, ice cream and first “Official Mad Dogs Ping Pong Tournament”! You guys were great hosts! 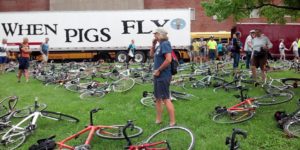 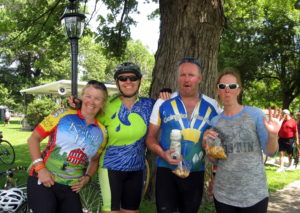 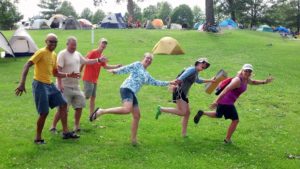 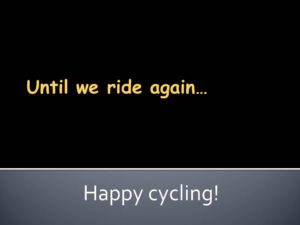